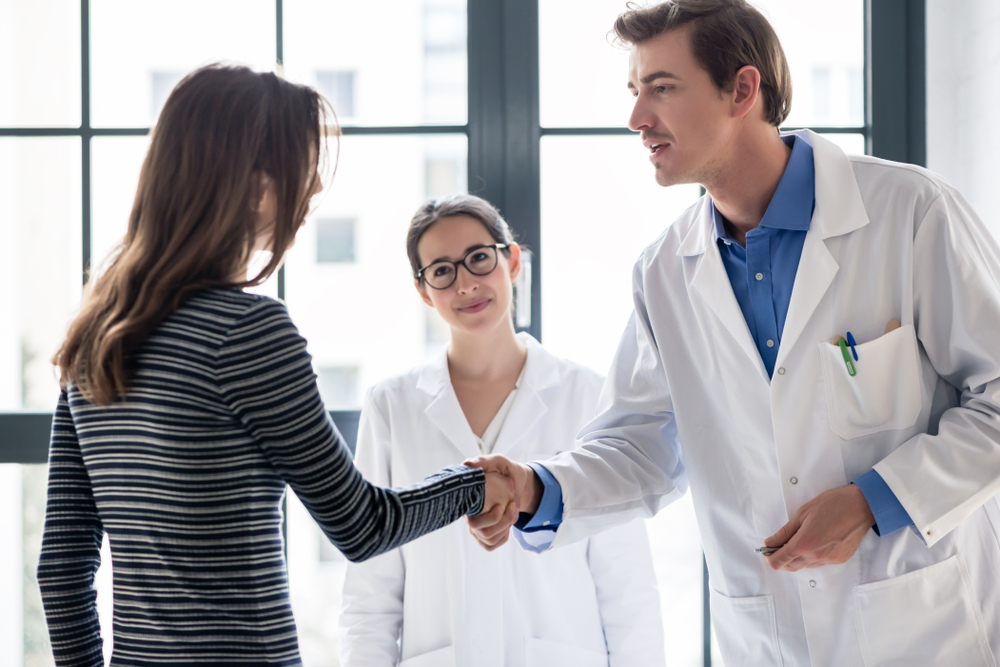 The difference between the two types of statues is when the time begins to run for the three-year deadline to file a suit.  A statute of limitations is a” discovery rule” and starts the clock running when the patient “discovers or reasonably should discover, the essential facts of his or her cause of action” this could be a subjective awareness something was wrong or an objective medical finding of the previous malpractice. A statute of repose, however, is an “occurrence rule” and the clock starts running on the date of the malpractice and not the day the patient discovers the malpractice.  So if a patient discovers four years after surgery that a qualified healthcare doctor failed to remove a sponge from their body, the patient would not be able to sue the qualified healthcare doctor unless the fraudulent concealment doctrine applied.

Importantly, the court’s holding does not appear to allow any discovery period after the three-years from the date of malpractice.

The doctrine of fraudulent concealment can toll a statute of repose if the patient can prove “that the physician knew of the alleged wrongful act and concealed it from the patient or had material information pertinent to its discovery which he [or she] failed to disclose.”  Just as with non-qualified healthcare providers, fraudulent concealment does not apply if the act of malpractice is discovered or a reasonable person should have discovered the malpractice within the three-year period.

Under the Medical Malpractice Act, a minor under the age of six at time of the malpractice has until their ninth birthday to file suit.  New Mexico’s courts have held, however, that the time to file a lawsuit cannot be unreasonably short and may extend beyond the minor’s ninth birthday. The New Mexico Supreme Court held that the time to bring a lawsuit after it has accrued must be reasonable.  The Court held that providing a minor with eighty-five days to file a medical malpractice lawsuit against a qualified healthcare provider was an unreasonably short period to exercise one’s rights.

While the time to file a lawsuit against a qualified healthcare provider may seem short, it is key to understand whether or not you have a case and talk to a lawyer as soon as possible. In New Mexico it may be a challenge to meet the statue of repose if you do not act as soon as possible. Even though the time to file a lawsuit is limited, it must be followed as this is the law in New Mexico. Are you wondering if you have a case? Reach out to our office at (505) 242-7200 and we will walk you through the process of what a lawsuit against a qualified healthcare provider will look like.